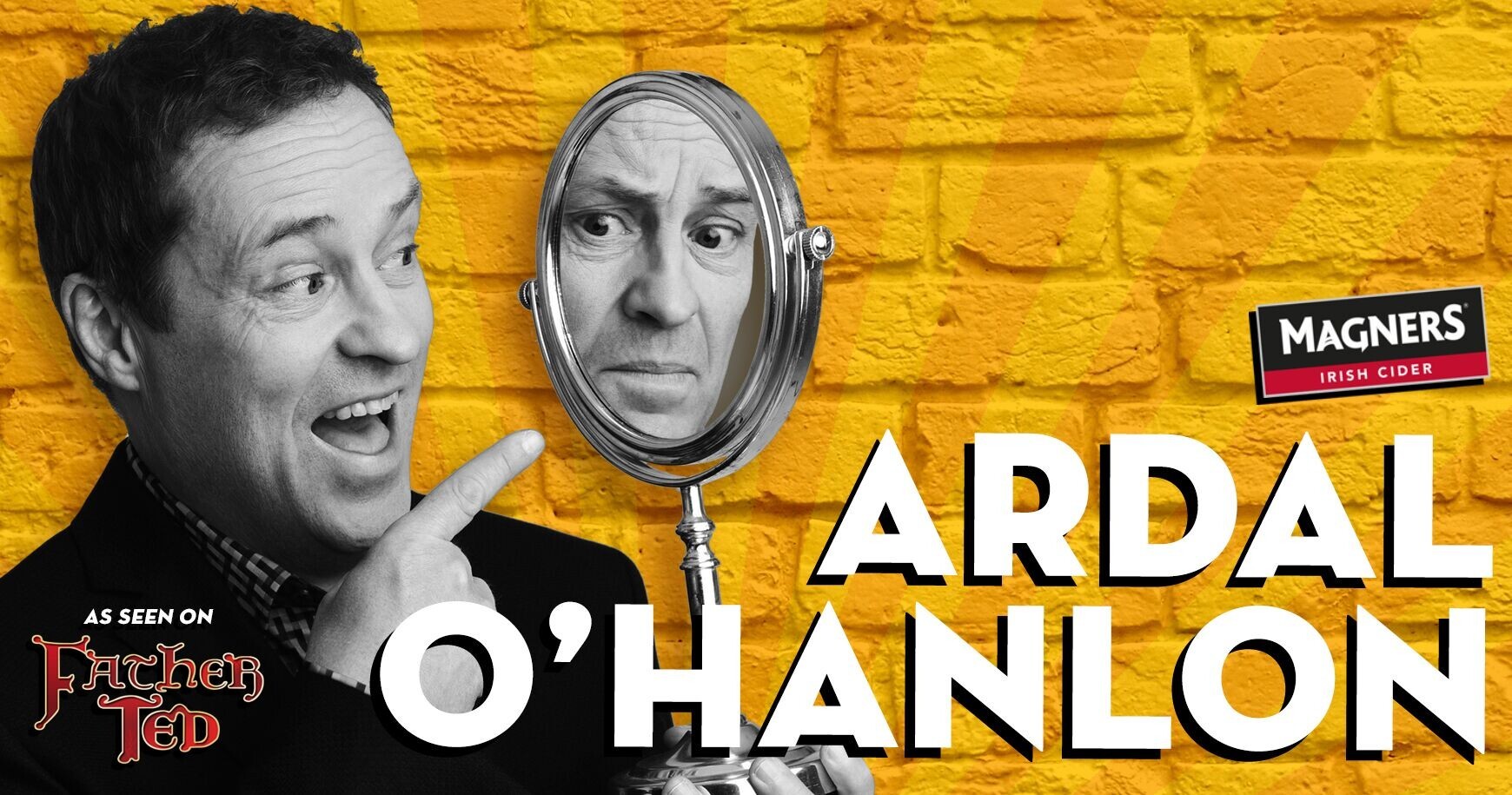 Multi-award-winning comedian, actor, and writer, the legendary Ardal O'Hanlon comes to Tokyo for one night only!

Multi-award-winning comedian, actor, and writer, the legendary Ardal O'Hanlon comes to Tokyo for one night only! Grab your tickets quickly to see this legend in Tokyo’s home of comedy, Good Heavens British Bar.

"Charm, intelligence, and fabulous phrase-making" - The Guardian -"Highly entertaining and frequently brilliant" - Irish Independent Star of Death in Paradise (BBC One), Father Ted (Channel 4), and My Hero (BBC One), Ardal has released two Top Ten stand-up DVDs, filmed a one-man special for Comedy Central (US), and has both headlined and hosted episodes of Live at the Apollo (BBC). Besides his prolific TV and stand-up career, Ardal was also nominated for the prestigious Olivier Award for his 2014 role in the West End/Donmar production of The Weir as well as See You Next Tuesday, and God of Carnage. His bestselling debut novel, The Talk of the Town was featured in the influential tome 1001 Books to Read Before You Die.Since early 2019, Ardal has been touring his show The Showing Off Must Go On in the UK and Ireland, and due to popular demand has extended the tour into 2020 and now you can watch him live in Tokyo is an intimate venue. Watch him turn innocence into a deadly comic weapon!" - The Sunday Times

SORRY, this system is not compatible with your browser. We suggest you use one of the following browsers (in order of recommendation)